On July 8, 2020, Posted by Nicolette , In Newsletters, With No Comments

All of us at ACT Advisors are deeply grateful to healthcare workers in these challenging times. To all of our clients who are doctors, nurses, technicians, transporters, pharmacists, and anyone who supports patient care, we thank you. Whether you are working the frontlines, researching, educating, or administering, we appreciate you and the important work you do. 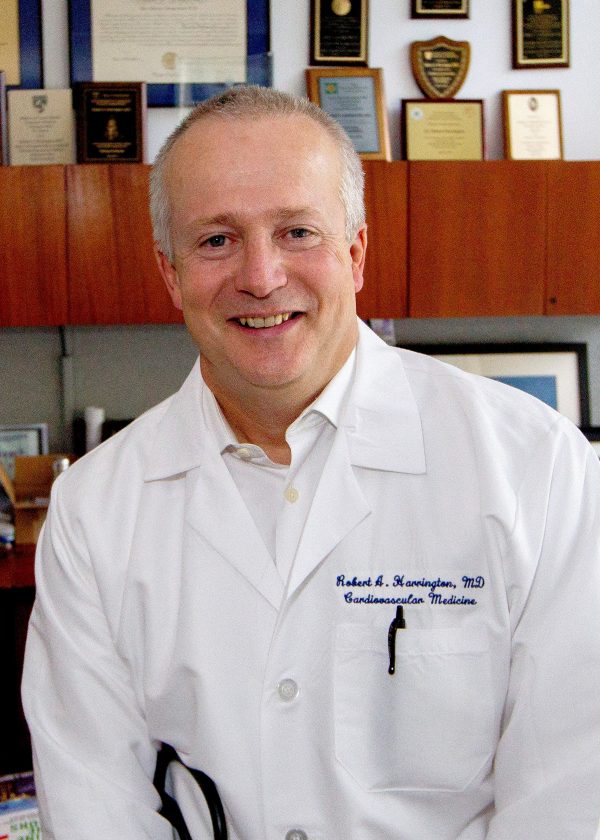 Robert A. Harrington, MD, Professor of Medicine; Chair, Department of Medicine, at his office at Stanford School of Medicine.

Dr. Robert A. Harrington is a cardiologist and the Arthur L. Bloomfield Professor and Chairman of the Department of Medicine (DOM) at Stanford University. The DOM is the largest department at Stanford with 15 divisions and more than 600 faculty. He was previously the Richard Stack Distinguished Professor and the Director of the Duke Clinical Research Institute (DCRI) at Duke University. His research interests include evaluating antithrombotic therapies to treat acute ischemic heart disease, building local, national and international collaborations for the efficient conduct of innovative clinical research and trying to better understand and improve upon the methodology of clinical research, including the use of technologies to facilitate the conduct of clinical trials.

He has authored more than 640 peer-reviewed manuscripts, reviews, book chapters, and editorials. He is a senior editor of the 13th and 14th editions of Hurst’s The Heart, one of the leading textbooks of cardiovascular medicine. He recently served a second term as a member and the chair of the US Food and Drug Administration Cardiovascular and Renal Drugs Advisory Committee.

Harrington received his BA in English at the College of the Holy Cross, Worcester, MA and his MD from Tufts University School of Medicine, Boston MA. He did his internship, residency and served as the chief resident in internal medicine at the University of Massachusetts Medical Center. He trained in cardiology, interventional cardiology and clinical research (Duke Databank for Cardiovascular Disease) at Duke University Medical Center. Interested in innovative learning tools, Harrington can be followed on Twitter @HeartBobH and on a monthly podcast on theheart.org.